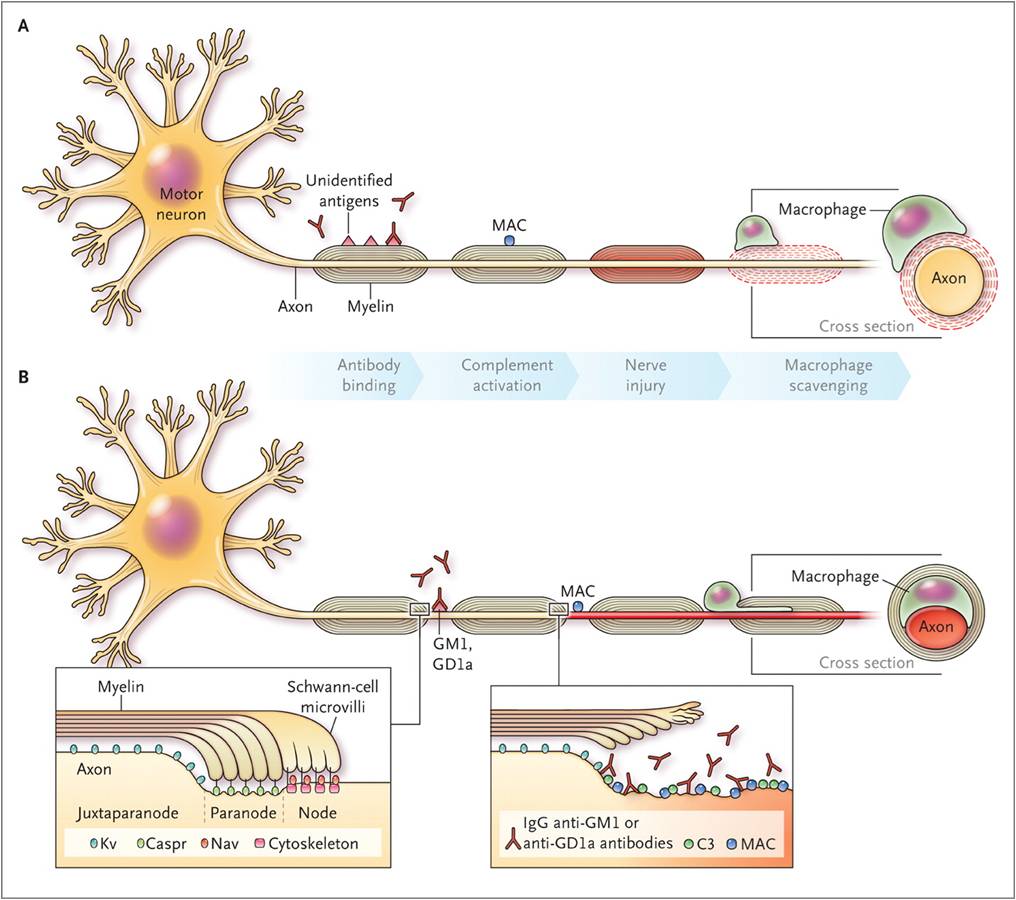 Guillain-Barré syndrome (GBS) is a genetic condition that represents the most common cause of the acute flaccid symmetrical weakness of the limbs and areflexia that typically occurs within a month. The etiology and pathogenesis remain largely mysterious and despite immunotherapy, the syndrome leads to death or serious disability in 9-17 percent of cases. Guillain-Barré syndrome is related to Campylobacter infection in terms of etiology but the disease occurs in less than 0.1 per cent of infections. Activated macrophages and T cells, as well as serum antibodies to gangliosides, are identified in terms of pathogenesis but their meaning is unclear. Antiganglioside antibodies are present in 25 percent of patients with standard acute demyelinating GBS; 95 percent of patients in Miller-Fisher syndrome have antibodies to GQ1b ganglioside. The Guillain-Barré syndrome is a heterogeneous disease with various subtypes and recent evidence pointing to the role of immunohistochemical methods in ganglioside epitopes. GBS derives from a permissive genetic background from which disease is caused by environmental factors, including pathogens, vaccination and the effect of aging. Over 10 white cells in cerebrospinal fluid are likely to raise questions about alternative diagnoses like HIV. There are several treatment options, including plasma exchange and intravenous administration of the immunoglobulin. Most cases can be resolved without sequelae, but those that don't will leave substantial residual debility behind.

Biological therapies currently underway, which includes monoclonal antibodies directed at components of the supplement pathway. Individuals are encouraged to communicate with their general practitioner and neurologist or to contact the GBS Support Group's information pages for general guidance on vaccine use after GBS.

This work is licensed under a Creative Commons Attribution 4.0 International License.